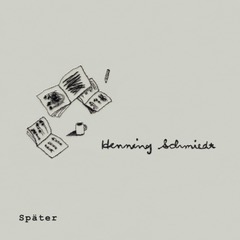 Klavierraum is the place where my piano is, but it’s also a virtual space and spiritual shelter whenever needed – it immediately appears when I am playing piano, floating in sound and resonating with melodies. In my concerts I feel this ‘Raum’ is embracing and covering me, the piano and my whole audience.

Klavierraum, my very first solo piano album, tells a story of arranging a tea time for a rendezvous. My new album Später is like a sequel sometime later on – this time it’s about preparing for a surprise morning coffee with my favorite pancake!

For the new album I used previously unpublished material of the original Klavierraum session. Some parts were recorded later on, but in the same setting and similar spirit.